PhD in Economics, former administrateur des PTT, Denis Phan is a researcher in the fields of Agent-Based Models (ABM), as well as Multi Agent simulation (complex) Systems "MAS" applied to Social and Human Sciences (ex: ACE - Agent Based Computational Economics , ACS - Agent based Computational Sociology ). Current research (since 2005) focuses more particularly on questions of methodology, epistemology and ontology related to this type of Agent-Based Models, after having previously concerned the engineering of these models and their simulation applied to cognitive economy (2002-2010). Previous research focused on telecommunications economics, computing and regulation (1993-2002). 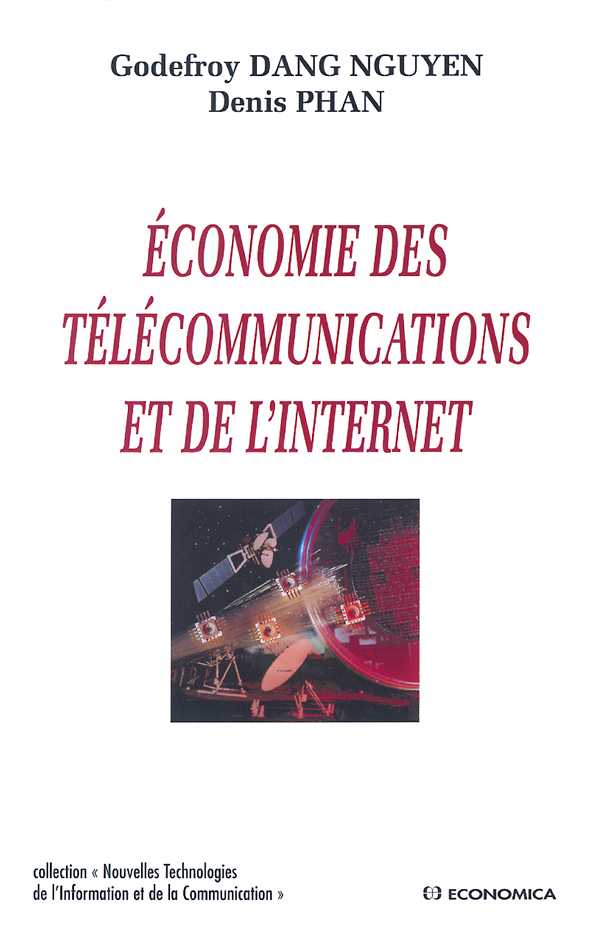 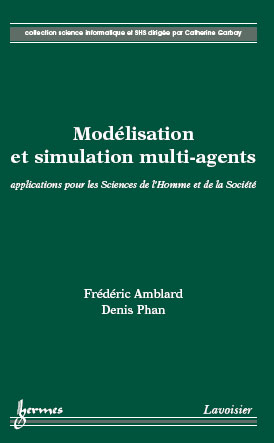 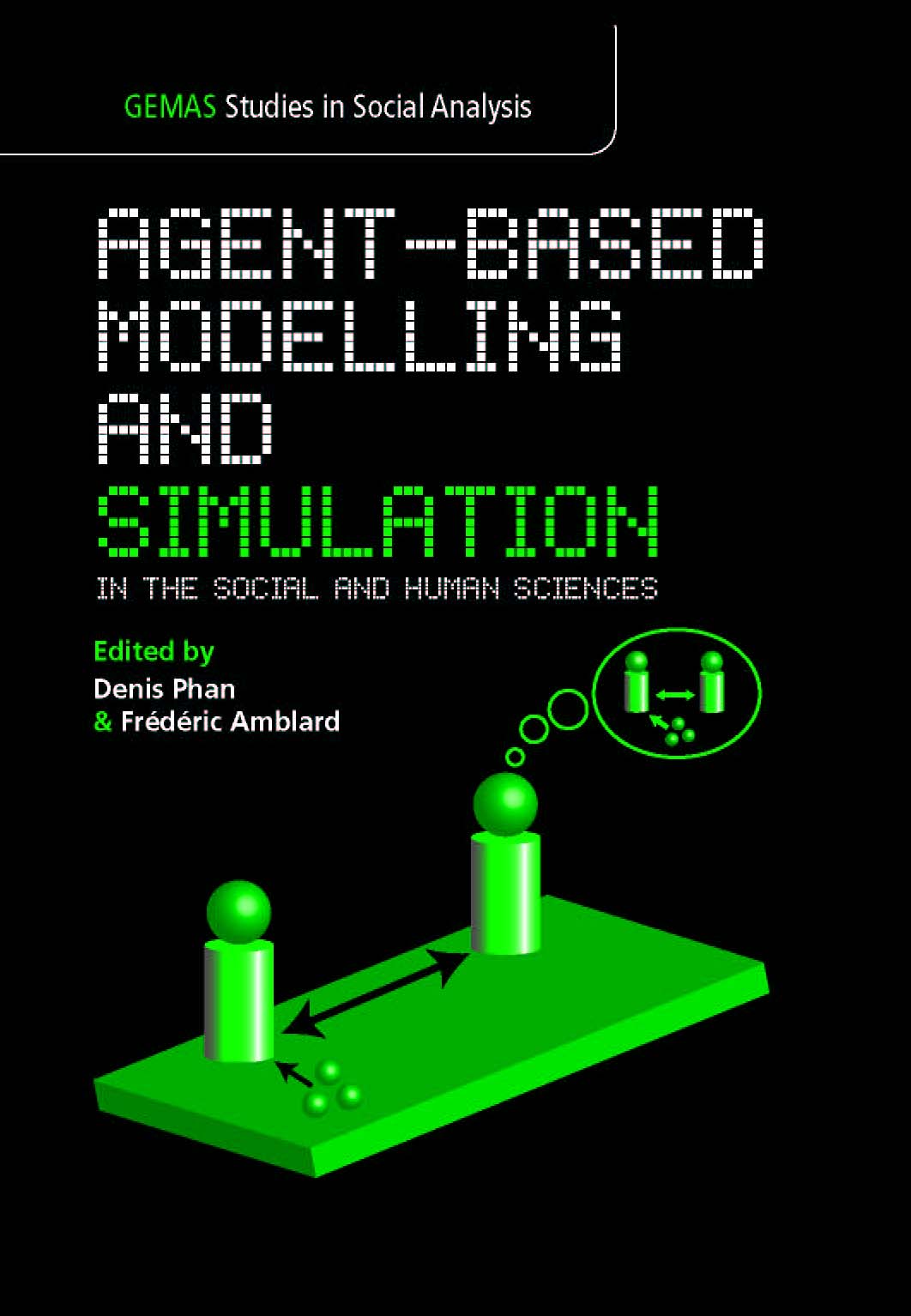 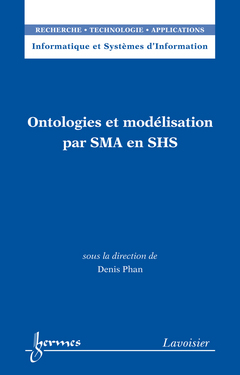 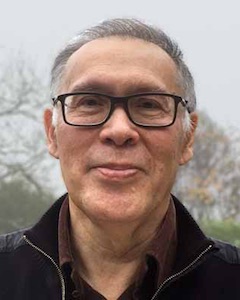 Publications (1) - Methodology of Agent Based Models

My recent research focuses on model engineering , epistemology (what can we know?), methodology (How to know? ) and the ontology (what exists?) of (interacting) Agent Based Models (ABM) , as well as the computer simulations of these class of models by the way of Multi-Agent Systems (MAS), in particular the properties of resultant complex artificial systems.
- With Frédéric Amblard, we published in French in 2006, and in english in 2007, an introductory book on Modeling and Multi-Agent Simulation, applied to the Human & Social Sciences. More recently, I coordinated a research book on ontologies for ABMs in Human and Social Sciences. In these fields, I collaborated with the philosophers Pierre Livet and Franck Varenne, with the GEMASS sociologists Nathalie Bulle and Michel Dubois, and with the geographer Lena Sanders.

- In the sub-domain of the methodology of emergence and emerging phenomena, I collaborated with Jean Louis Dessalles, a computer scientist specialized in cognitive science, and with computer scientists Jean Pierre Müller and Jacques Ferber, pioneers in the Multi Agent Systems.

In the field of the modeling of complex systems as well as in that of agent-based simulation for economics and social sciences ("ACE" models), I worked in particular with physicists Jean Pierre Nadal and Mirta Gordon as well than with the economist Roger Waldeck

Previously, I worked in the Post & Telecommunications administration: as an analyst in the prospective and planning department of France Telecom (now Orange)(1992-1993) ; as Civil servant Student at the Ecole Nationale Supérieure des PTT (ENSPTT) (1989-1991) and at the Ecole Nationale d'Administration (ENA - promotion Jean Monnet 1990); as a teacher in statistics, management and office automation at the National Institute of Management of the Post Office (1983-1988).

In the 70's I was briefly (1975 à 1978) a record producer (i.e.: Banjo Paris Session, see others ref. on discog) as well as an organizer of concerts, tours, music workshops (i.e.: costebelle-Hyères 1975 et 1976 and Courville / Eure in 1977) and festivals (folk & bluegrass in France: Courvillev 1976,1977,1978).
After this "music activity prelude" I entered a continuing permanent formation cursus at the University of Paris I Panthéon Sorbonne, where I obtained a master's degree in history (1983) and another in economics (1984), as well as a Diplôme d'Etude Approfondie (Master) in the history of economic thought (1985). I was also an auditor in continuous training programmes at INSEE-school, Centre d'Etudes de Programmes Economiques (CEPE) & ENSAE (1986-1989).

- Between 1992 and 1993 I co-directed with economists Eric Brousseau et Pascal Petit a workshop on the changes (mutations) in telecommunications industries and markets ; (ENSPTT-Economica. 1996)

- Between 2000 and 2007, Together with Antoine Beugnard, I developed Moduleco, a multi-agent framework designed to simulate complex dynamics in markets, organizations, social phenomena and evolution of populations. In 2004, with the aim of unification, Moduleco was adapted as a plugin for the multi-agent platform "MadKit" initiated by Jacques Ferber.

- Between 2003 and 2014 I coordinated or participated in multi-disciplinary collective granted research projects:

- I have been a Member of the Board of Editors ot the Journal of Economic Interaction and Coordination (2006-2019), as well as member of Comitees for the journées de Rochebrune: rencontres interdisciplinaires sur les systèmes complexes naturels et artificiels (2003-2019).